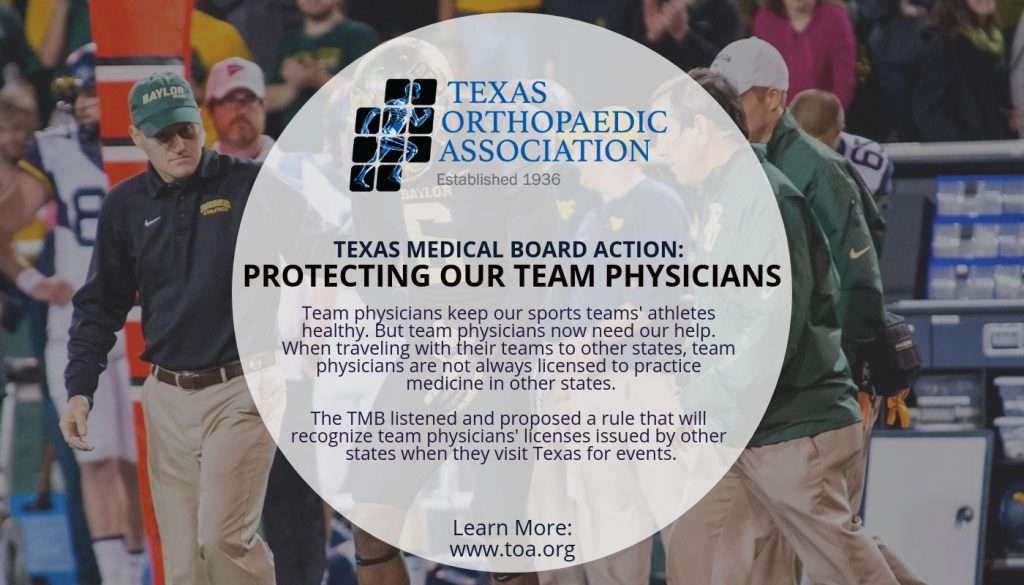 Andrew Palafox, MD of the Texas Orthopaedic Association and David Halsey, MD of the American Association of Orthopaedic Surgeons submitted a letter to the Texas Medical Board in support of its proposed rule that would recognize the out-of-state licenses of team physicians when they travel with their teams to Texas for athletic competitions.

The move follows similar efforts in dozens of other states that recognize the licenses of Texas’ team physicians when they travel with Texas teams to other states.

Click here to view the letter from TOA and AAOS.