Medicare Proposes to Extend and Make Changes to the CJR Program 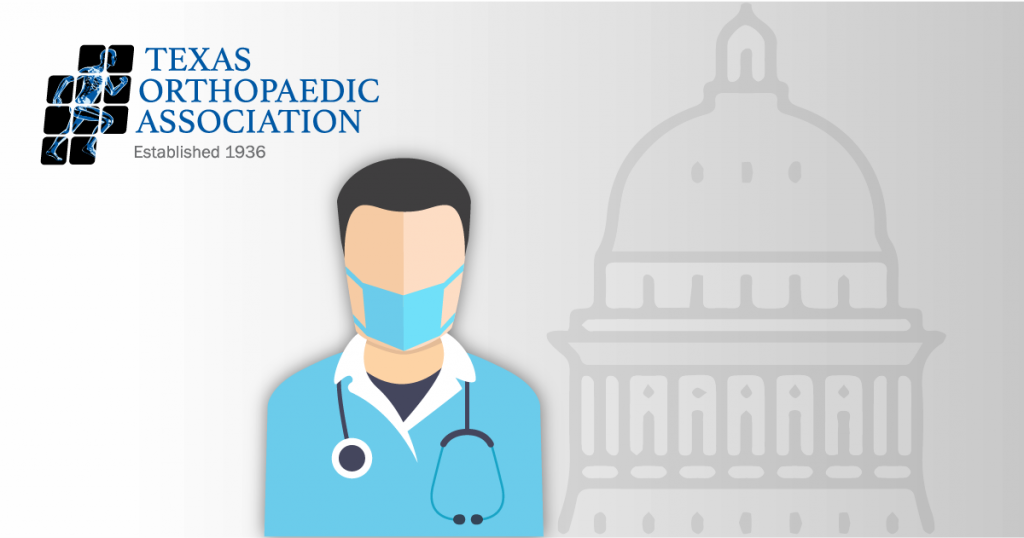 The Centers for Medicare and Medicaid Services (CMS) announced a proposal on February 20, 2020, to extend the Comprehensive Care for Joint Replacement (CJR) model for three years. In addition, the proposal contains proposed changes to the episode definition and pricing in the model.

To allow time for us to evaluate the impact of these changes, we are proposing to extend the CJR model for an additional 3 years, performance years 6 through 8, for participant hospitals located in the 34 mandatory metropolitan statistical areas (MSAs) (except for rural hospitals and low volume hospitals).

AAOS will have an extensive summary and comments for CMS in the near future. In the meantime, the following is TOA’s rudimentary overview of the proposal. Click here to view the entire proposal.

Background
CMS provided the following background on the history of the CJR program:

The first CJR model performance period began April 1, 2016. At that time, the CJR model required hospitals located in the 67 MSAs selected for participation to participate in the model through December 31, 2020 unless the hospital was an episode initiator for an LEJR episode in the risk-bearing phase of Models 2 or 4 of the Bundled Payments for Care Improvement (BPCI) initiative. Hospitals located in one of the 67 MSAs that participated in Model 1 of the BPCI initiative, which ended on December 31, 2016, were required to begin participating in the CJR model when their participation in the BPCI initiative ended.

The Trump administration eventually narrowed the regions down to 34.

Changes to the Inpatient-Only (IPO) List
The CJR proposal accounts for the changes to Medicare’s IPO list. Per CMS:

First, we propose to change the definition of a CJR ‘episode’ in order to address changes to the inpatient-only (IPO) list, which is a list published annually in the Outpatient Prospective Payment System (OPPS) rule that contains procedure codes that will only be reimbursed by Medicare when performed in the inpatient setting. Specifically, in response to the change in the calendar year (CY) 2018 OPPS rule (65 FR 18455) that removed the Total Knee Arthroplasty (TKA) procedure code from the IPO list, and the change in the CY 2020 OPPS rule (84 FR 61353) that removed Hip Arthroplasty (THA) procedure code from the IPO list, we are proposing to change the definition of an ‘episode of care’ to include outpatient (OP) procedures for TKAs (OP TKAs) and to include outpatient procedures for THAs (OP THAs).

CMS went on to state:

We are proposing this change because our initial concern of insufficient episode volume stemmed from the fact that we incorporated hospital-specific pricing for the first 3 years of the CJR model.  At this point in time, that concern has been mitigated as the baseline data used for target price calculations has moved from a blend of regional and historical baseline data (performance years 1 to 3) to 100 percent regional pricing (performance years 4 and 5). Additionally, since we are proposing to include OP TKA/THA procedures as well as inpatient admissions for MS-DRG 469 or 470 in the CJR episode definition, we have determined that the most recently available 1 year of data will in fact be a more appropriate baseline period on which to set target prices as it contains both inpatient and outpatient LEJR claims.

Revising the Definition of “Episode of Care”
Per CMS on page 15:

Therefore, beginning with our proposed PY 6, we are proposing to revise the definition of an ‘episode of care’ in the CJR model to include permitted OP TKA/THA procedures. This revised definition would apply to episodes initiated by an anchor procedure furnished on or after October 4, 2020, because the 90-day episode would end on or after January 1, 2021, which would be the first day of PY 6. Further, we are proposing to group the OP TKA procedures together with the MS-DRG 470 without hip fracture historical episodes in order to calculate a single, site-neutral target price for this category of episodes, given that spending on OP TKA episodes most closely resembles spending on MS-DRG 470 without hip fracture episodes. Prices for the other three categories (MS-DRG 469 with hip fracture, MS-DRG 469 without hip fracture, and MS-DRG 470 with hip fracture) would continue to be calculated based on historical inpatient episodes only.

As shown in our impact analysis in section IV. of this proposed rule, we estimate that the CJR model changes we are proposing will save the Medicare program approximately $269 million over the additional 3 model years.

A Drop in Post-Acute Services
Per CMS:

Excluding CJR participant hospitals, national per episode costs for hip and knee replacement procedures calculated using Medicare claims data dropped by about 8 percent from 2014 to 2017, largely due to reductions in the utilization of post-acute services.

Discharge Planning Notice and Post-Acute Care Information
CMS’s commentary and proposal can be found on page 66. Per CMS:

Quality Measures and Reporting
Per CMS on page 66:

The two quality measures included in the CJR model are the total hip arthroplasty and/or total knee arthroplasty (THA/TKA) Complications measure (NQF #1550) and the Hospital Consumer Assessment of Healthcare Providers and Systems (HCAHPS) Survey measure (NQF #0166). The model also incentivizes the submission of THA/TKA patient-reported outcomes (PRO) and limited risk variable data. We are proposing to advance the Complications and HCAHPS performance periods for model years 6 through 8 in alignment with the performance periods used for performance years 1 through 5. For PRO, we are also proposing to advance the performance periods in alignment with previous performance periods as well as make changes to the thresholds for successful submission. We propose to make these changes to the thresholds for successful submission as participant hospitals gain experience with PRO and to continue the trend of increased thresholds set by the earlier performance years of the model. These proposed changes are outlined in the table.

50 Percent Cap on Gainsharing Payments
CMS’s commentary on this topic begins on page 69.

CMS provided the background summary of the topic:

Currently, participant hospitals may engage in financial arrangements under the CJR model. Starting with the November 2015 CJR final rule (80 FR 73412 through 73437) participant hospitals have been allowed to enter into sharing arrangements to make gainsharing payments to certain providers and suppliers with which they were collaboratively caring for CJR beneficiaries and to allow CJR collaborators that are physician group practices to enter into distribution arrangements to share those gainsharing payments with certain PGP members. In the EPM final rule (82 FR 180) we finalized a full replacement of the prior CJR regulations in order to revise and refine these requirements to allow for– (1) participant hospitals to enter into sharing arrangements with additional categories of CJR collaborators, including certain ACOs, hospitals, CAHs, non-physician provider group practices (NPPGPs) and therapy group practices (TGPs); (2) ACOs, PGPs, NPPCGs and TGPs that are CJR collaborators to enter into distribution arrangements with certain entities and individuals; and (3) PGPs, NPPGPs and TGPs that received distribution payments from ACOs to enter into downstream distribution arrangements to share distribution payments with certain of their members. We believe these opportunities outlined in the EPM final rule (82 FR 531 through 554) for the individuals and entities that engage in beneficiary care, care redesign and care management to share in the financial risk and rewards of the CJR model promote accountability for the quality, cost, and overall care for CJR beneficiaries.

CMS went on to state:

Among other requirements, the CJR model has always included a cap on certain gainsharing payments and distribution payments to physicians, nonphysician practitioners, and PGPs equal to 50 percent of the total Medicare approved amounts under the Physician Fee Schedule for items and services that are furnished to beneficiaries by that individual or entity during the performance year.

CMS commented in this proposal:

We are proposing to eliminate the 50 percent cap on gainsharing payments, distribution payments, and downstream distribution payments when the recipient of these payments is a physician, non-physician practitioner, physician group practice (PGP), or non-physician practitioner group practice (NPPGP) for episodes that begin on or after January 1, 2021. We have proposed for these changes to apply to episodes on or after January 1, 2021 to align with the timing for the other policy changes in this proposed rule.

SNF Three-Day Rule
Finally, in conjunction with the proposed change to include specific outpatient procedures in the CJR episode definition, we are also proposing to extend the waiver of the Skilled Nursing Facility (SNF) 3-day rule and the waiver of direct supervision requirements for certain post-discharge home visits to hospitals furnishing services to CJR beneficiaries in the outpatient setting as well.

New LEJR-Focused Models That Would Include ASCs and Share Financial Accountability
Beginning on page 80, CMS asks for comments on this potential model for lower joint procedures in ASCs.

CMS asked for feedback related to the following questions:

Initial reports from the Innovation Center evaluation contractor as well as an independent study in the New England Journal of Medicine6 indicate that the model in performance year 1 and 2 resulted in modest cost reductions with quality of care maintained and no increases in case complication. Specifically, for performance year 1, without considering net reconciliation payments earned under the CJR model, the Innovation Center evaluation contractor observed that the total episode payments decreased 3.3 percent, or $910 per episode, more for CJR episodes than control group episodes in the difference in difference analysis. 7 Further, the second annual CJR evaluation report, released on June 27, 2019, has found that CJR episode payments decreased by 3.7 percent more over the first 2 years of the CJR model. These decreases in payments have likely reduced Medicare program spending over the first two performance years of the model by an estimated $17.4 million (with a range of Medicare losses of $41.1 million to Medicare savings of $75.9 million, due to uncertainty in per episode savings).