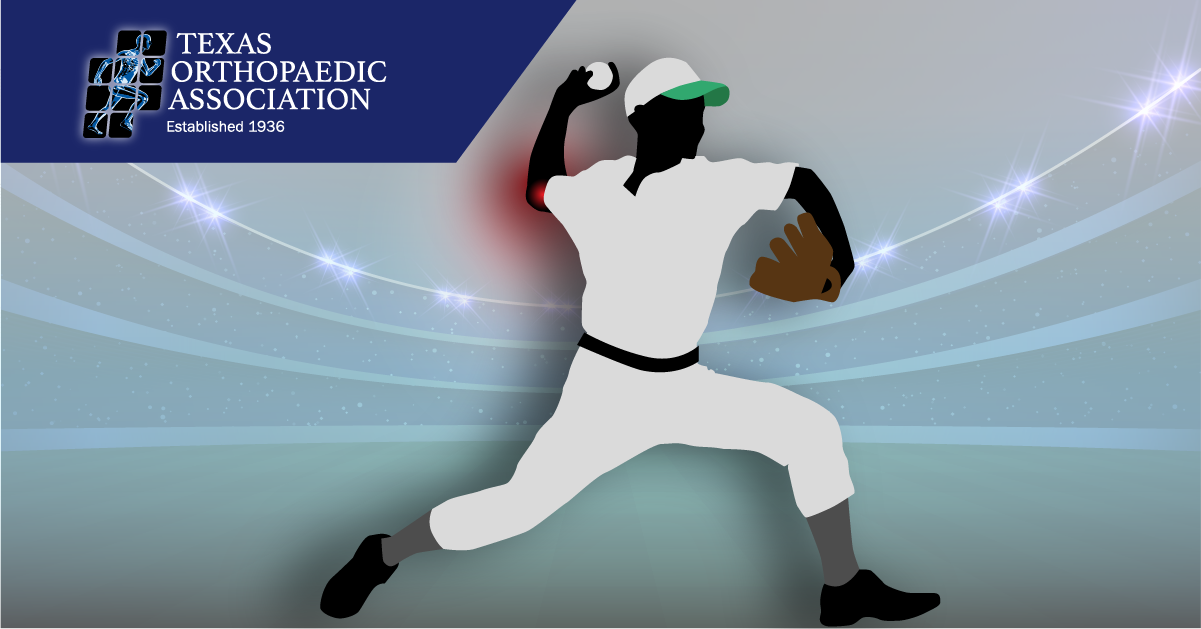 TOA recently sat down with Henry Ellis, MD of Texas Scottish Rite Hospital for Children in Frisco and Christian Balldin, MD of The San Antonio Orthopaedic Group to take a look at youth baseball injuries.

TOA: Why do you think that have witnessed an epidemic of arm injuries in baseball recently?  On one end, people say that it’s due to increased specialization by kids playing baseball all year. On the other end of the argument, a book like the MVP Machine: How Baseball’s New Nonconformists Are Using Data to Build Better Players argues that kids in Latin American countries have always played baseball all year. Instead, they believe that the recent epidemic is due to bad mechanics and physics.

Henry Ellis: The real answer is that it is both. Kids in Latin American countries may be playing year around, but they don’t have nearly the intensity that we have with multiple tournaments, pitching coaches, several teams in the same season, and parental influences.

Our culture pushes kids to a level of competition that we typically reserve for high school or college. As early as 1st grade in some communities, kids are trying out for all-star teams and practicing daily. It is not just a recreational sport that kids play to have fun with their buddies.

The second part is mechanics particularly during adolescent then they pitch from a pre-pubescent to a teenager.  Throwing techniques used in Little League can be harmful as you grow, build muscle, and increase your throwing velocity. This has clearly been shown in several large studies.

Christian Balldin: It is a combination of reasons for this. Mostly it is over use by simply not allowing for enough rest. The torque on the shoulder and elbow when throwing is quite extreme and is simply too much if the arm is continuously fatigued. Not only is it over use, but kids and athletes today are getting bigger and stronger at an earlier age than ever before with our sports specific training and specialization along with better nutrition to optimize that. There is probably some degree of better recognition of injuries now than in years past as well, which will increase the number of documented injuries.

The Latin American kids do play year round, but perhaps not with the same intensity as we are seeing here with practices, batting practice, personal training sessions, agility, speed and strength sessions on top of the games, which are plenty.

TOA: What can baseball players do to avoid arm injuries?

Henry Ellis: A national safety committee thru POSNA came up with 10 articles that parents should know about in the last five years.  Two of these articles were related to baseball injuries.  We created an educational video with a hyperlink.  Will send those hyperlinks this week, but the just is:

Christian Balldin: Ensure that their bodies are getting enough rest, proper nutrition, throwing mechanics and having good people around them. It is vital that the coaches, and especially the parents, understand the need for good communication and not just push their kids through an achy elbow and shoulder. Education from the orthopedists, athletic trainers, coaches, and parents to the kids and athletes is very important.

TOA: The injuries have mostly been limited to pitchers. But we’re now seeing position players with the same elbow injuries.  Any thoughts there?

Henry Ellis: Yes – Due to the success of pitch coach awareness, I see more catchers than pitchers in my practice with elbow overuse injuries.  They often times throw more frequent, and on some team, the catchers also act as relief pitchers.  We still need a better understanding on this topic.

Christian Balldin: Again, overuse and some of the same issues I touched on earlier.  The position players sometimes rotate as a pitcher on certain teams, which has an effect, but it is mostly just overuse/overtraining.